Ever heard of this place in Croatia called Dubrovnik? If you haven’t heard about it yet, I strongly implore you to Google it because it is a criminally underrated vacation spot in Europe. I won’t lie because up until last year, I had no idea that Dubrovnik even existed. I only found out about it after catching a random article on Facebook. I was curious about Dubrovnik and decided to do some research on it. 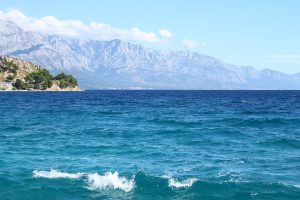 A few articles and about a dozen YouTube vlogs later, I became enchanted with the place and decided to make it my next holiday destination. The lovely scenery and attractions weren’t the only things that made me fall in love with the place. Its rich history – namely the historic Old Town – also piqued my interest in it as well.

I told my best friend Abby about the trip I was planning, and she was down with it and was as excited as I was. It took almost a year of planning and tight budgeting for the both of us, but it was worth it once we finally booked our tickets and managed to find an affordable hostel located close to historic Old Town.

Even though we booked our tickets months in advance, me and Abby were counting down the big day with plenty of anticipation. When the day of our trip finally arrived, the two of us were literally giggling like a couple of toddlers as we went to the airport. Our flight from Toronto to Dubrovnik took nearly 10 hours, but we did manage to get a few hours of sleep on the plane.

We landed at Dubrovnik Airport at around 530 in the afternoon local time. We were both tired from the long plane ride and all we could think of at that time was to sleep. I connected to the airport’s wi-fi hotspot and booked us an Uber ride to take us to our hostel. It cost us about 190 Croatian Kuna (25 Euros). It was a bit expensive, but me and Abby were tired and just wanted to sleep, plus we had enough money for our holiday, so we really weren’t that concerned about the cost.

Our hostel had a lovely view of some of the buildings in Old Town, but alas we didn’t have time to appreciate the scenery because we were drawn to our beds upon entering our room. We slept for what felt like forever, but when we woke up, we felt a bit revitalized and hungry. Our first order of business was to eat some breakfast, and fortunately for us, there was an affordable restaurant not too far from our hostel that served some amazing black risotto. Their seafood platter was also phenomenal.

After breakfast, we decided to do a bit of exploring. We both had fully charged Go Pros, phones, and power banks in our bags because we wanted to take as many photos and videos as possible. Dubrovnik is easily one of the most beautiful places that I have ever been to. The old 16th century walls that surround Old Town really gives you an insight as to how much this place values its history.

The heat was bearable throughout the day, so we really didn’t have that much of a problem staying out in the open while we were walking the walls. The view of the Adriatic Sea from the walls is breath-taking. We also walked around the medieval streets of the Old Town before stopping for some lunch at this restaurant called Pantarul. Let me just say that there is nothing like eating authentic Mediterranean cuisine for a reasonable price.

After lunch, we rode the cable car going to Mount Srd, and despite being a little pricey, getting a bird’s eye view of Dubrovnik made everything worth it. We even paid a visit to the medieval pharmacy at the Francisan Monastery. I was really amazed at how this pharmacy was still in operation more than 700 years later. 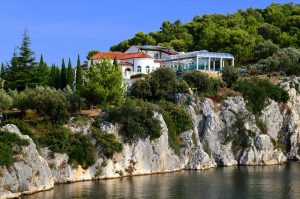 We had spent almost the entire day exploring the Old Town and its nearby attractions, and we were both spent at this point, so we decided to grab some dinner and call it a day. The next day we wentkayaking in the Adria Sea and explored the nearby Elaphite Islands. This was a much-needed getaway from the long lines that were everywhere in the city.

Bathing in the azure waters of the Adria Sea helped the two of us relax and enjoy our vacation more. The photos that I saw of this place on Google do not do it justice because it is a truly beautiful sight to behold in person.

The last 2 days of our trip were spent walking along the Stradun, visiting Fort Lovrijenac (Game of Thrones fans should Google this place), and wine tasting. Croatian wine, is awesome and I’m a bit mad that our wines here in Canada can’t seem to come close to the ones they have in Croatia.

Anyway, me and Abby really enjoyed our little holiday in this majestic part of Croatia. My Adria adventure in Dubrovnik was truly one for the books, and I seriously plan on going back there again in the future.